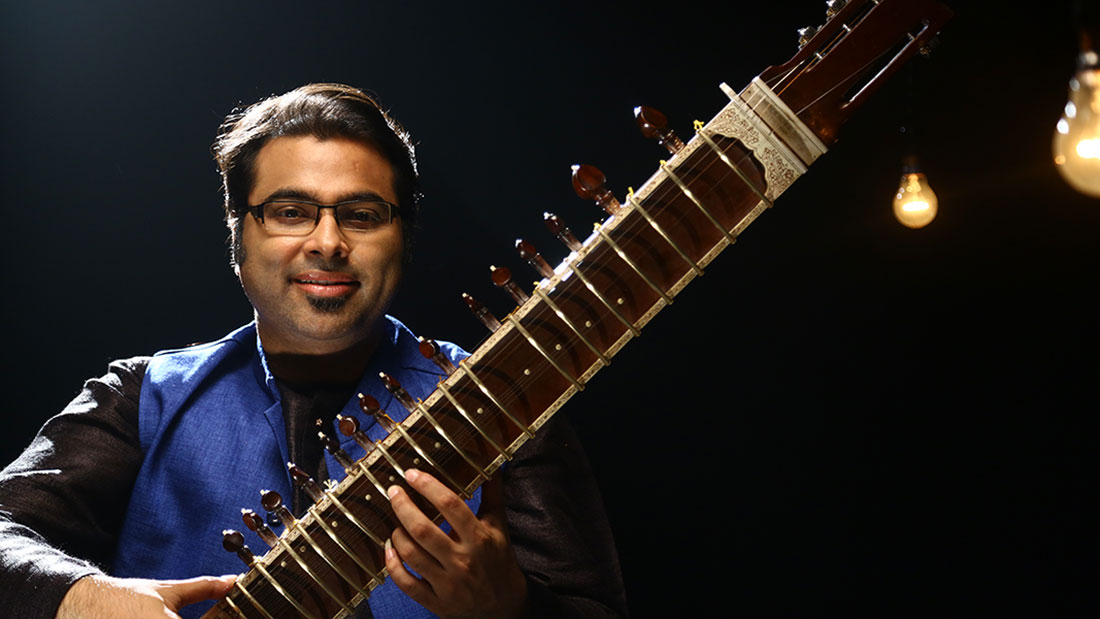 Purbayan is considered as one of the finest Sitar players in Indian Classical music and has attained a very special place for himself among the musicians and music lovers around the world. Purbayan belongs to the famous Senia Maihar Gharana, the school established by musical genius Baba Allauddin Khan, the guru of stars such as Ustad Ali Akbar Khan, Pandit Ravi Shankar and Pandit Nikhil Banerjee.

Purbayan is a multifaceted musician. Along with his concerts of North Indian raga music, he also performs with musicians from the South Indian raga tradition and participates in various fusion projects with jazz and world musicians all over the globe. Purbayan is an astounding vocalist and has lent his soulful voice to many mellifluous compositions.

Purbayan has designed the DWO, which is a Doppelganger of the Indian Sitar. Purbayan’s DWO celebrates the oneness of two. It creates sound where the acoustic and the digital, where the ancient and the modern, where the ethnic and the urban, where the esoteric and the virtuosic, all complement each other and become one.

His soulful and dexterous performances have evoked praise and admiration in various music festivals in India and abroad. Awards and accolades came his way early in life. Purbayan was a recipient of the President of India Award for being the Best Instrumentalist of the country at the age of 15. He has also received the prestigious Aditya Vikram Birla Award for excellence and contributions to the field. He has been awarded the highest artist-grade by the All India Radio.

Excellence in performing arts is the consummation of years of rigorous application and expert training. The fusion of body and mind makes every expression of artistry truly world class. Just as HCL synergizes knowledge with endeavour to produce innovative solutions, HCL Concerts celebrates the sheer brilliance of human genius in the field of performing arts.